Is sparkling water healthy for you? 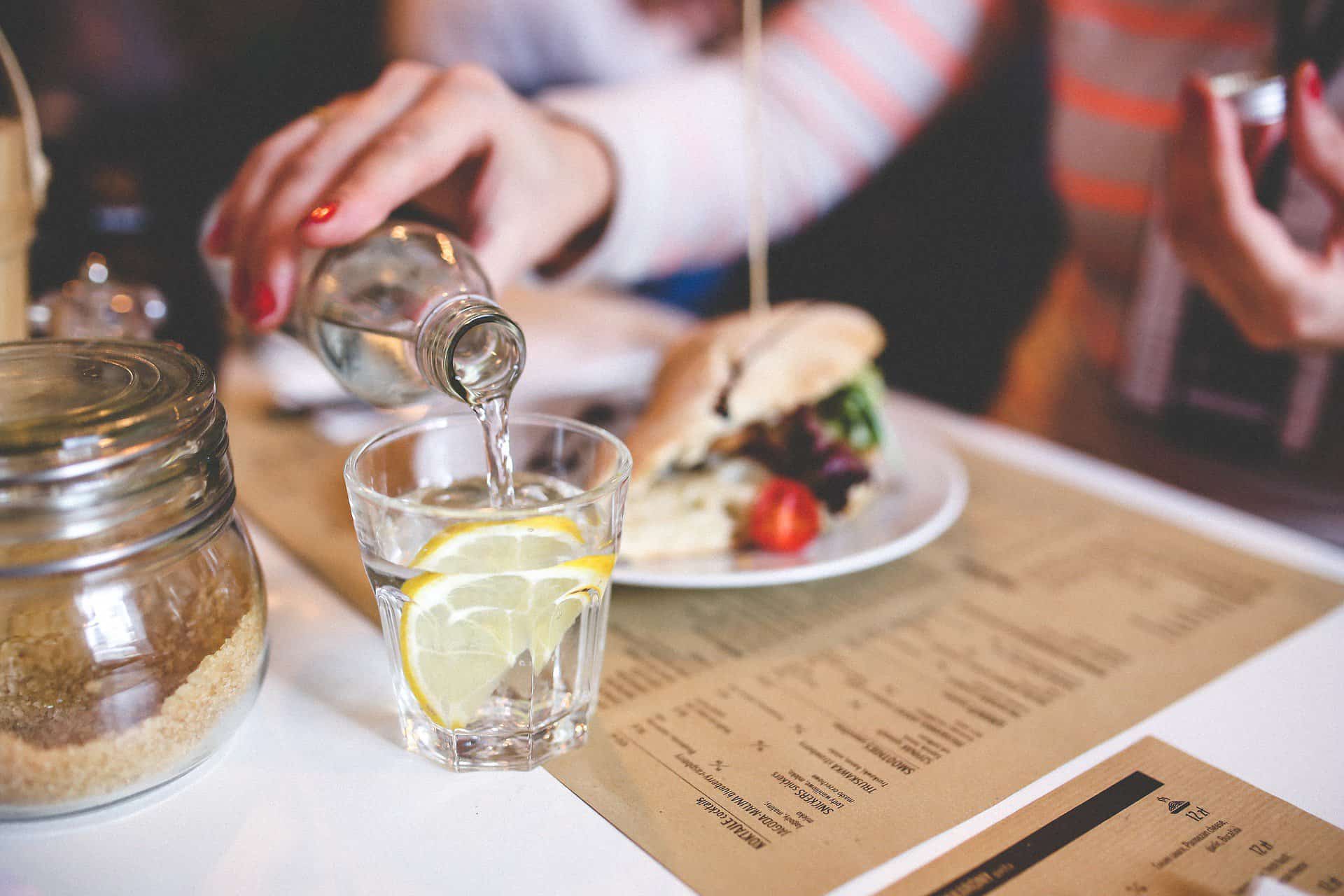 You know it’s important to drink water and stay hydrated. Maybe you’ve bought one of those inspirational gallon water jugs that cheers you on as you sip, or maybe you’ve invested in a smaller portable water bottle that you take with you everywhere. But plain water can get boring, even if you infuse it with fruit or herbs.

Sparkling water is definitely more crisp and fun to sip, especially if you’re craving something effervescent. This carbonated beverage, also known as fizzy water, seltzer, or club soda, is made by infusing regular water with carbon dioxide, which gives it the bubbles. These days, there are so many carbonated waters on the market, from plain seltzer to fruit-flavored sparkling water to caffeine-infused bubbles. If you’re looking to mix up your regular H2O, is sparkling water a healthy option? We break down the perks—and drawbacks—of making seltzer one of your go-to beverages.

At its core, plain sparkling water (like club soda or unflavored seltzer) is regular water that has had carbon dioxide added to it under pressure. An article in The New York Times declared that “carbonated water… is just as hydrating as regular water.”

In fact, a randomized trial in 2015 compared the hydration effects of various beverages, and found that cola, diet cola, hot tea, iced tea, coffee, lager, orange juice, sparkling water, and a sports drinks were all equally as hydrating as still water. “The presence of carbonation has little effect on the body’s response to ingested water,” Ronald Maughan, a professor at St. Andrews University in Scotland and author of the study, told CNN.

There has been some concern that carbonated water can affect your dental health. After all, sparkling water is more acidic, and when the carbon dioxide from the water is mixed with saliva, it turns into carbonic acid. The New York Times article explains that this carbonic acid lowers the pH level of your mouth, and drinks with lower pH can erode your teeth and make them more likely to get cavities.

That being said, a 2016 study in the Journal of the American Dental Association found that sugar-sweetened beverages, like soda and juice, are much more erosive to your teeth than plain carbonated water. In fact, Dr. Brittany Seymour, an associate professor at the Harvard School of Dental Medicine and a spokeswoman for the American Dental Association, told The New York Times that it would “take quite a lot of consumption throughout the day” for unsweetened carbonated water to be as damaging to your teeth as fruit juice or soda.

The article also noted that tap water has fluoride, which can help prevent tooth decay. But if you’re using tap water to cook, brush your teeth, and drink regularly, then there’s no problem in also adding sparkling water to your hydration rotation.

So if you’re only drinking one or two cans of unsweetened sparkling water a day, you should be in the clear. Any more than that, then think about cutting back—or talking to your dentist about what’s best for your dental health.

Some people might find carbonated water makes them bloated or gassy, thanks to the carbon dioxide (it’s a gas!). But if you’re someone who isn’t affected by the bubbles, sparkling water might actually be beneficial for your GI health.

How does flavored sparkling water compare to other flavored beverages?

If you’re craving something with more pizzazz than regular water, flavored sparkling water is a great alternative to sugar-sweetened beverages like soda, sports drinks, or fruit juice. Many popular flavored carbonated waters on the market, like La Croix, Topo Chico, and Waterloo, don’t have any sugar or calories, and are instead flavored with “natural essence” or “natural flavors.” Natural essences are vapors that are derived from heating natural substances, like fruit skins and rinds, at a high temperature, while natural flavors means the flavor comes from plant or animal sources. Spindrift, another popular sparkling water on the market, is flavored with a dash of real fruit juice, which only adds a few grams of sugar and 12 to 15 calories per serving.

Soda, on the other hand, can be packed with 40 or more grams of sugar per serving and up to 200 calories. Even zero-sugar or diet soda, which have zero calories, are sweetened with artificial sweeteners such as aspartame and acesulfame potassium (Ace-K), which some people may choose to avoid.

The bottom line: sparkling water is a healthy option if you’re looking to increase or mix up your hydrating beverage choices. Although there is some discussion that it might affect your dental health, moderate consumption is not enough to make a huge impact on your teeth. Just make sure you also drink still water along with your seltzer of choice, and opt for low-calorie options flavored with natural flavors or real fruit juice rather than artificial sweeteners or tons of sugar. Now, pop open a can (or twist off a bottle cap) and say cheers!