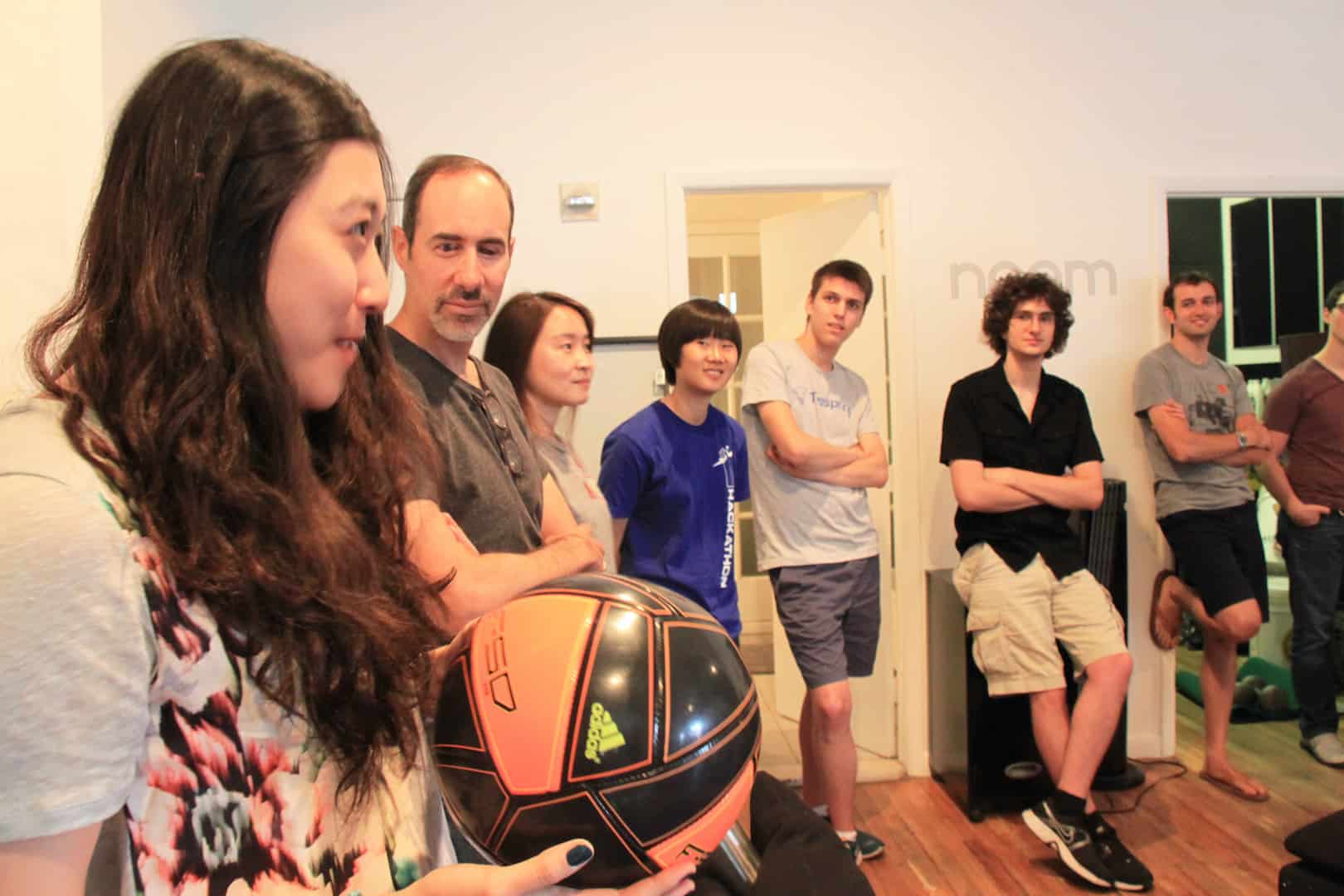 The word “Hackathon” might bring to mind developers huddled around laptops, eating Cheetos and staying up all night. You might imagine folks on other teams peering over cubicle walls, wishing they could get in on the fun.

Well, I’m here to tell you that hackathons can be different. My colleague Diana and I have been organizing internal Hackathons at Noom for two years, and they’ve become a cornerstone of our creativity and our company culture. Along the way, we’ve learned a lot about what makes a Hackathon successful. If you currently run or plan to run Hackathons, we hope these rules will be helpful to you.

1. Include everyone. Yes, everyone. Go out of your way to explain that it’s not a “private developer club” event, and you’ll reap the benefits in project diversity. I’d love to explain with a list of hack categories, but it’s never the same between events. Sample projects include: a reorganization of our lunch line to make it more efficient, homemade Sangria, the creation of a new conference room in an old closet, and a glossary of Noom lingo for new employees. Internal tools, prototypes, and app features flesh out a range of projects that show off our skills and make hackathons fun for the whole Noomily.

2. Stop everything else. Diana and I start a predictable chant before every Hackathon: “Cancel your meetings!” We had one Hackathon without that rule, and found that many of the busiest Noomers didn’t get time to contribute projects. This undermined the Hackathon spirit, and constricted the creative space hackathons are meant to protect. So if a new colleague jokes that “I hear hackathons are sacred here,” we stare them down and say, “yes, they are, and we expect you to contribute.” So cancel your meetings. Seriously.

3. Unleash and direct creativity. Every time we organize a new hackathon, we ask ourselves two questions: 1) are we giving people enough space to do what they’re passionate about and 2) are we creating enough structure to stimulate ideas? It’s important to help people who don’t come in with an idea find something they’re excited about. Conversely, it’s crucial to avoid restricting scope too much. In the past, we’ve managed this balance through guided brainstorms and iterative prize categories.

4. Celebrate each other through hacking. At Noom, Hackathons are about making something, but they’re also about seeing what other people have made. A side effect of stretching ourselves is that we get to appreciate the reach of our colleagues. There’s a moment during every Hackathon when I think to myself “Wow- I would never have thought of that!” and then realize that since that person is a team member, I don’t have to.

So there you go: our 4 “Noom House Rules” for Hackathons. If you’re planning to organize one, remember that it’s not just about the code, or the break from “real work”, or even creativity. It’s also about appreciating the ridiculous amazing-ness of your coworkers. That’s the reason for the pizza, the brainstorms, and the early-morning coffee runs, the reason to get Android Studio running for the first time in a year, and the reason to break out your power drill.

That, and winning. Winning is good too.

—-
Thoughts about hackathons, at Noom or elsewhere? We’d love to hear from you! Just email betina@noom.com or diana@noom.com.