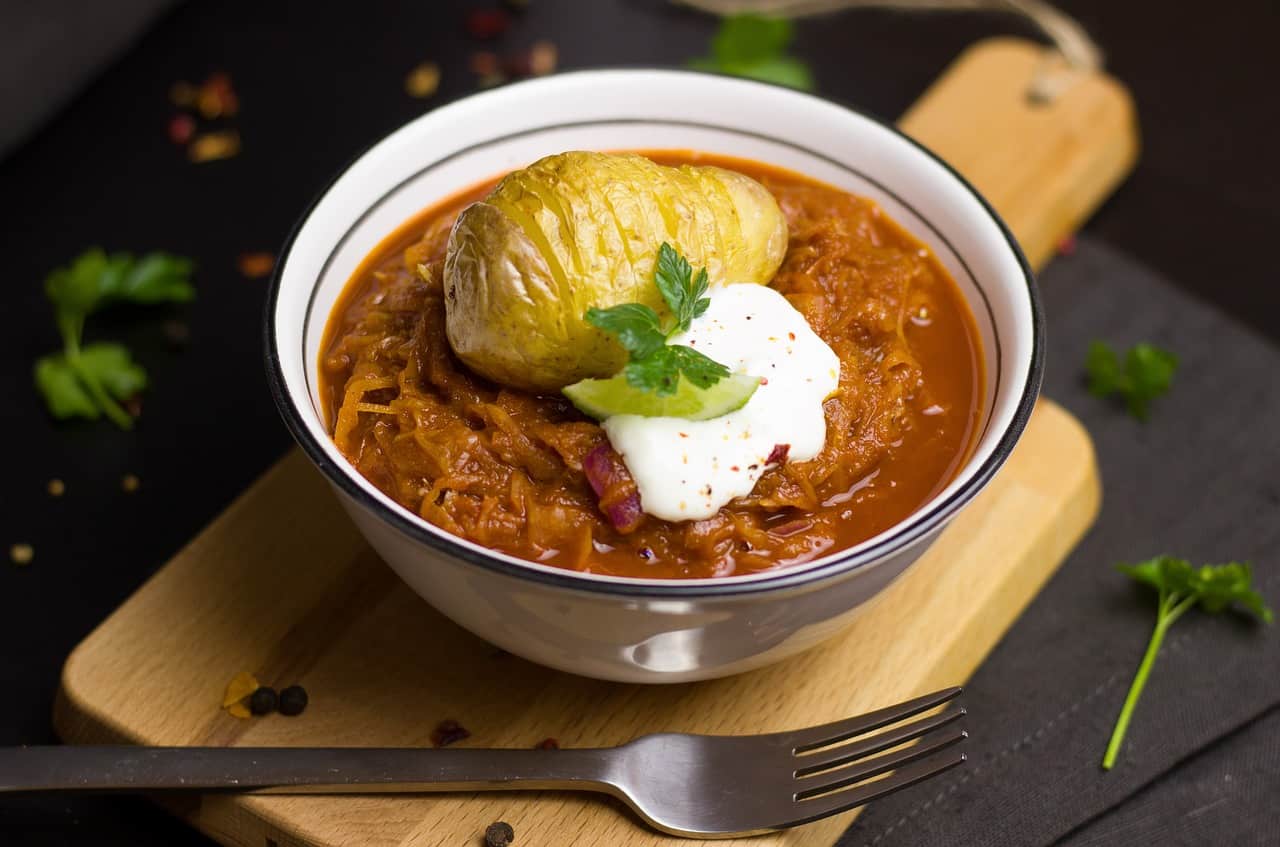 St. Patrick’s Day! Like many holidays, what began as an observation of the death of St. Patrick has now become another opportunity to indulge with Irish-themed parades, parties, and other celebrations. Most of which entail eating and drinking… as any proper Irish celebration would!

As exciting as this sounds… I know what you’re thinking. “But it feels like we just got over the the holiday hump and back into a normal routine! How can I enjoy this holiday without ruining my progress?” Fair enough, but St. Paddy’s Day doesn’t have to set your progress back. Sure, Irish culture celebrates beer and the pub life, but it also celebrates some incredibly nutritious foods like cabbage, apples, and oysters… who knew?

So if you’ve been searching around for just the right dish to help you celebrate St. Paddy’s Day without feeling like you’ve completely overdone it, then you’ve come to the right place. Whether it’s a dish to bring to your local parade, your friend’s potluck, or simply to celebrate at home with your family, consider one of the healthy options below. And if you’re still having second thoughts about how you’ll manage to stay on track over the holiday weekend, read over these St. Patrick’s Day tips before you head out and tackle the holiday with confidence and ease!

Known as “stobhach gaelach” in Ireland, this classic stew was traditionally prepared in the past using mutton (sheep’s meat) because it was cheap and readily available. These cheap cuts of meat were also very tough, which is the reason that Irish stew calls for a long and slow simmer. These days though, you’ll often find recipes that call for beef instead of mutton, and even some that have eliminated the meat component altogether.

What is corned beef anyway? Basically, it’s a method of preserving beef using large salt rock kernels (hence the nickname “corned”). And in all actuality, this dish was never that popular in Ireland since cows were considered sacred animals and their meat was reserved for the wealthy and royal. Nevertheless, it’s now an Irish-American St. Paddy’s Day classic, and there’s a high possibility you’ll encounter it at some point or another over the holiday. Due to the high salt content and the use of additives like nitrates, corned beef doesn’t have the healthiest reputation. For a healthier spin on this classic, consider curing and brining a beef brisket yourself at home.

Since Ireland is surrounded by the sea on all sides, it’s no surprise that seafood has long been an integral part of the Irish diet. Still to this day, oysters are highly celebrated in Irish culture. And for good reason! Oysters are low in fat, high in protein, and packed with micronutrients including iron, zinc, and vitamin B12.

Apples are arguably one of the oldest Irish food staples believed to have been cultivated in the country for thousands of years now. This abundance of apples led to a rise in the popularity of beverages like apple juice and hard cider in the country. In addition, apples are traditionally used in Irish desserts like cake and crumble.

It’s hard to talk about Irish food staples and not include potatoes. We’ve likely all heard the story of the great Irish potato famine more than enough times. But what many people don’t realize is that potatoes actually originated in South America and were then later introduced into Europe. Because growing potatoes was relatively cheap and much more efficient than cultivating grains, they really took off in Ireland and have been a staple ever since.

Speaking of the great potato famine, although cabbage was already being grown by many rural Irish farmers before the famine, it became an even more valuable and relied-upon crop once the famine did hit. And as Irish immigrants began to arrive in America, they brought many of their traditional cabbage and potato recipes along with them. Many of the classic recipes call for pan-frying or sautéing cabbage together with some type of pork, but for a lower-calorie option, consider another cooking method like steaming, boiling, or roasting.