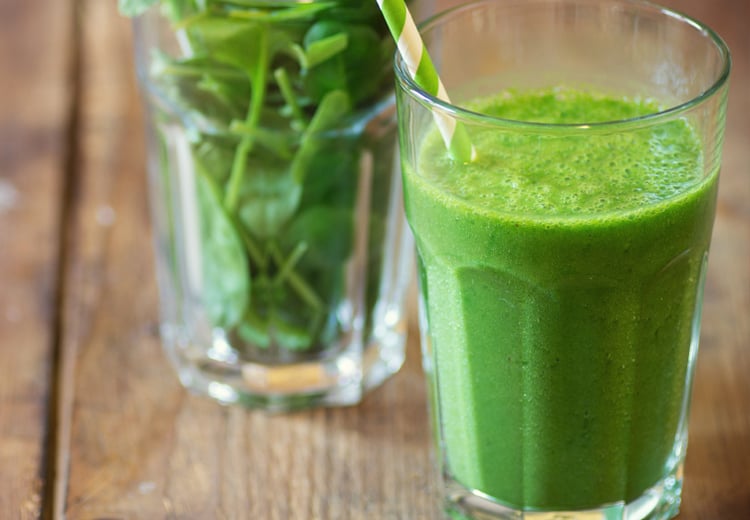 Eating the recommended daily servings of veggies (that’s at least 2 cups, and as many as 4 cups per day, depending on your demographics) can be tough, especially if you’re sticking to the “meat and two veg” mindset. But adding in vegetables is good for more than just getting necessary nutrients; if you’re trying to lose weight, vegetables are your best bet for feeling satisfied without breaking the calorie bank. Here’s how to add vegetables to some of your favorite foods to shave off calories and amp up the nutrients.

Replace meat with veggies in lasagna

Vegetable lasagna is an awesome way to use up almost an veggies you’ve got in the fridge. Mushrooms? Go for it! Spinach? Why not? Carrots? Heck yes! Saute up the veggies and mix into the tomato sauce (as described here), then follow your favorite lasagna recipe, omitting the meat.

Rather than the same old bacon-and-eggs or a meat and cheese omelet, go for a veggie omelet with low-fat cheese to save about 100 calories. (Bacon is about 40-50 calories per slice, versus only 20-30 calories in a whole cup of veggies.)

Blend up a green smoothie

For those who struggle to eat enough fruits and veggies, smoothies can be an awesome way to squeeze in important vitamins, but they can also sneak in lots of unwanted added sugar. Revamp your smoothie recipe to save calories: Add in 1-2 cups of raw greens like spinach or kale, subtract any added sweeteners, and rely on fruit like mango or banana for sweetness.

Pasta is a classic comfort food. To lighten it up, reduce the overall amount of pasta and add lots of veggies to feel fuller and save calories. If you (or your family) aren’t that into vegetables, you can cook chopped veggies in boiling water with the pasta for the last 1-2 minutes of cooking time, then toss with a flavorful sauce like tomato to hide the flavor of the vegetables. However, if veggies are your jam, simply saute whatever you’ve got on hand, then toss with cooked pasta, and a bit of oil and cheese.

Taking the pasta-and-veggies idea one step further, you can also spiralize (or simply thinly slice) vegetables like carrots and squash and leave out the pasta completely. Here’s a whopping 28 zucchini noodle ideas you can try.

Mash cauliflower into your potatoes

Mashed potatoes aren’t exactly a health food, but you can give them a makeover by adding cauliflower. Replace half the potatoes with an equal amount of cauliflower (boil until soft, just as you would potatoes), then prepare your recipe as usual. Cup-for-cup, cauliflower has less than one-fourth the calories of potatoes.

Ditch the bread in your sammy

Instead of brown-bagging the same old sandwich, try lettuce wraps for lunch. You can eat just about anything in lettuce wraps, but here are a few ideas to get you started.

Red meat, like the ground beef in most burger recipes, is very calorie dense, but not everyone loves veggie burgers (though, trust us, they can be delish). Good news! You definitely don’t have to sacrifice your beef burgers completely. Instead, add grated, sauteed veggies to cut calories without sacrificing satisfaction.

Pizza isn’t inherently unhealthy, but the toppings we add (like extra, extra cheese and 6 kinds of meat) can add a lot of calories. Instead of meat, eat pizza with lots of veggies. You can also play with alternative styles of pizza, like BBQ pizza or Mexican pizza.

Lighten up your chili

Meat lovers may scoff, but a food that’s naturally big on flavor, like chili, is an excellent candidate for veggifying. You won’t even miss the high-cal beef here! You can either go all-in with a fully vegetarian chili or replace some of the beef in your usual recipe with sauteed mushrooms and peppers.

Sneak veggies into your casserole

Cooking a casserole? No matter what it is, mild zucchini, yellow squash, or carrots could probably make an appearance. Grate them finely then toss into the sauce in your usual recipe.

You can swap mushrooms for some of the ground beef in just about any dish — like spaghetti bolognese or sloppy joes. Since they’re so mildly flavor, the mushrooms will absorb the sauce you’re cooking in and won’t steal the show. This sloppy joe recipe is under 250 calories per serving.