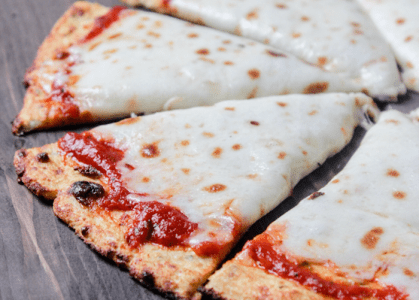 Pasta, pizza, and bread — oh my! Carbs have a prominent place in our popular culture (as well as on our dinner tables). From being vilified by fad diets to touted by nutritionists, the myth around carbs is hard to deconstruct.

Noom’s Healthy Weight course help demystify these myths to help you lose weight and improve your health — for life!

Carbs (mainly the whole grain variety) are an important part of the Noom plan (they’re an all-you-can-eat green food!). Refined carbs, on the other hand, are Noom yellow and red foods. Unprocessed carbs (meaning carbs in their most natural state) like whole grains, vegetables, fruits, and beans are full of fiber. They are slowly absorbed into our systems, avoiding spikes in blood sugar levels. (Spikes in blood sugar can have short-term consequences including fatigue, blurry vision, and general discomfort. In the long-term, repeated blood sugar spikes may increase the risk of heart disease.) Refined carbs lack this fiber, and while they may be tasty, they don’t keep us full for long and may leave us hungrier than before we ate them.

If you’re craving your whole grains, then by all means, have some. But if you’re craving processed carbs and don’t want to spend calories on those yellow and red foods, check out this list. It may not be fries and pizza, but it’s pretty much the next best thing (and is served free of remorse!).

If You’re Craving: A Sandwich

Restaurant bread can contain up to 500 calories and 60 grams of carbs! And that’s without the meat, cheese, and other additions. If you’re craving a carb-y sandwich, try a lettuce wrap instead. Lettuce wraps provide a crunch that bread can’t with almost no extra calories.

Who doesn’t love pizza? Bread and melted cheese is a combo created in food heaven. The downside? One slice of a 14′ restaurant pizza is about 300 calories and let’s be honest, who can eat only one? While a slice of pizza every once and a while won’t hurt, this homemade recipe is oodles healthier, replacing the bread with a delicious crust made from cauliflower, cheese, and an egg and has less than 100 calories a slice!

This recipe replaces traditional pizza crust with a portobello mushroom cap, adding in even more flavor. Portobello mushrooms are only four (!) calories each and are packed with nutrients including potassium, phosphorous, and B vitamins. And don’t forget to get creative — mix and match your toppings to your liking to create the perfect pizza!

Cauliflower is mixed in a food processor until it resembles rice and is then tossed with vegetable stir-fry to add texture in this delicious recipe. With the addition of egg and soy sauce, this low-cal dish tastes just as good as the Chinese original.

This recipe is cheating (just a little!). It includes whole grain carbs but it’s only 150 calories per serving. Whole grain rice is topped with a creamy sauce made from pureed cauliflower and garlic. It delivers all of the flavor of a traditional cream sauce with barely a fraction of the calories and fat.

This tasty dish replaces noodles with fiber rich eggplant, saving you nearly 200 calories and almost 40 grams of carbs! Eggplant is a great source of vitamin B1, vitamin B6, and potassium, not to mention the fiber and nutrients delivered by the other veggies that complete this dish. No noodles also means less time cooking and more time enjoying.

Baked Zucchini Fries via Girl Who Ate Everything

We love a good french fry. But we don’t love the grease and guilt that comes along with them. Lucky for you, these ‘fries’ are baked instead of fried and made with low-cal zucchini instead of calorie-dense potatoes. Dipped in garlic powder, cheese, and breadcrumbs, this is a healthy treat that will delight almost anyone!

They look, feel, and taste like mashed potatoes — but they are 100 calories fewer per serving! Whip them up to your favorite texture and sprinkle with your favorite toppings to create a unique dish that’s just as good as the original.

This paleo recipe doesn’t use any cheese or macaroni — but don’t count it out just yet! If paleo isn’t your thing, feel free to skip over this one but this recipe is loaded with good for you veggies (just served in an inventive way). Whether you’ve got a dairy allergy, want to cut back on your carbs, or simply want to try something new, this recipe is worth a try. (To reduce the calories in this recipe, reduce the coconut milk from 1 can to ½ can.)

This recipe requires absolutely NO cooking! Featuring zucchini spiraled into noodles and raw walnuts mixed with olive oil, basil, garlic, and lemon, this recipe is super fresh and made with all whole foods. This recipe tastes just as good as traditional pasta with pesto and is packed with heart-healthy fats and tons of nutrients.